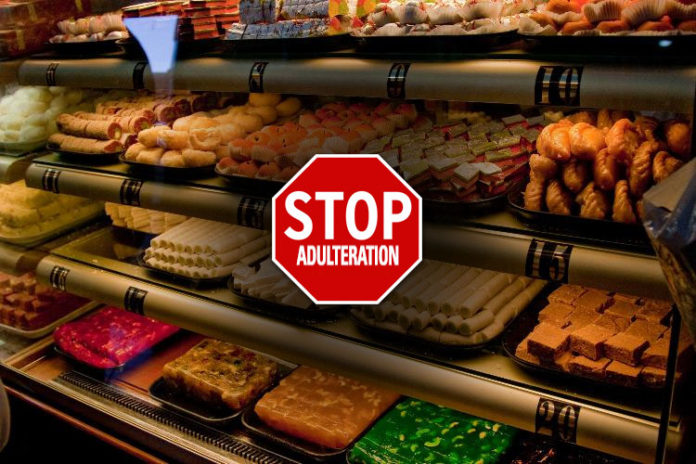 The food safety department of Uttarakhand issued adulteration notices to two most reputed & popular sweet shops of Dehradun City after finding “Synthetic Colours, Fungus and High Quantity of Starch” in some sweets samples.

The food quality tests were conducted after a local resident of dehradun complained that some shops were selling sweets lacking the desired or required quality. As per customer filed report he purchased ‘Boondi Laddus‘ from a popular shop on Chakrata Road but when he opened the box, it was fungus-ridden. He then lodged a complaint at the food safety department.

However, the reports came late due to staff crunch at the food safety department and scanty sampling facilities, an official said. But we have started inspection of all sweet shops since adulteration has become very rampant in the Dehradun City. We will take legal action against those found flouting norms.

As of now, we have sent notices to “Anandam on Chakrata road and Ganpati Sweets on Rajpur Road,” said food safety officer Anooj Thapliyal.

During festive season, incidents of adulteration increase every year. Dr Praveen Panwar from GDMC hospital said, “Synthetic Colors are not only cancerous but they also cause major neurological problems among children and old people as their immunity is low.”

The department has decided to take instant samples and send it for testing either to Rudrapur-based lab or Chandigarh in order to get results as soon as possible and curb adulteration during festive season.

How these food colors ruin your health: