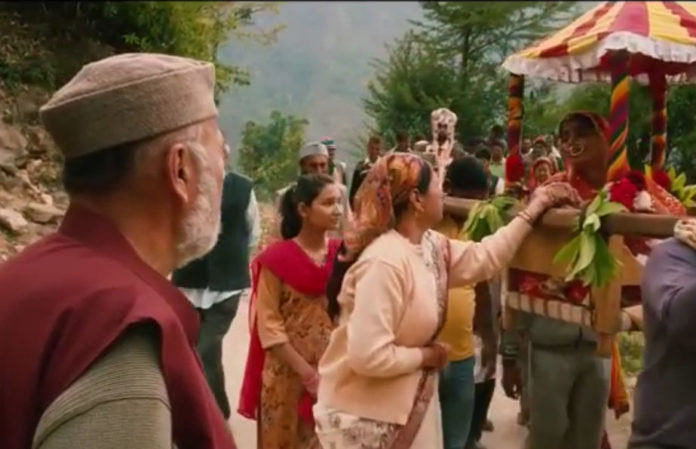 Serbian director Goran Paskaljevic has put Uttarakhand on the world cinema map with his latest film “Dev Bhoomi” (Land of the Gods).

Premiered at the 41st Toronto International Film Festival (TIFF), Dev Bhoomi offers a rounded and enigmatic view of life in the beautiful north Indian hill state that was ravaged by floods and landslides in 2013.

“Despite all the social and ecological ills that the film dwells upon, ‘Dev Bhoomi’ is aimed at upholding hope and humanity,” says the 69-year-old Paskaljevic.

The director’s films have over the years competed for the top prizes at the world’s top festivals in Cannes, Venice and Berlin.

Starring Victor Banerjee in the role of a man who returns to his remote Himalayan village after a 40-year absence to wrap up unfinished business, the film goes into various challenges that the region faces – obscurantism, limited scope for women’s education and emancipation, and the scourge of the caste system.

But above all, Paskaljevic asserts, “Dev Bhoomi” is an ode to the beauty of Uttarakhand. “India is a country that evokes very strong emotions,” he says.

“One either hates it and never returns or falls in love with it and keeps coming back. I fell in love with India.”

“Dev Bhoomi” germinated when Paskaljevic was the jury chief of the International Film Festival of India (IFFI) in Goa two years ago.

Banerjee was a member of the jury and the two men struck up a friendship and decided to work together on a film.

“Our worldviews and cinematic interests were the same and so we hit it off instantly,” says Paskaljevic.

“Dev Bhoomi” was jointly scripted by Paskaljevic and Banerjee and shot entirely in Uttarakhand after the director toured the entire state over a period of a month.

“Although ‘Dev Bhoomi’ is an Indo-Serbian co-production, it is really more a Serbian film shot in India. I did not want to be overly critical of things that are wrong here. It would not have been fair on my part. I am an outsider. I am nobody to judge,” says Paskaljevic.

Besides Banerjee, the cast of “Dev Bhoomi” includes Geetanjali Thapa, Uttara Baokar and Raj Zutshi.
For Paskaljevic, India’s appeal lies in its sheer riot of

colours and the faces of its people. In “Dev Bhoomi”, both are lovingly captured by the director’s long-time collaborator, Milan Spasic.

“Despite the undercurrents of tension that run through its storyline, the film has a sense of serenity and repose. My idea was to capture the languid rhythms of life in the region,” says Paskaljevic.

Some Indian members of the crew, the veteran director points out, wanted him to film link shots so that some pace could be imparted to the narrative. “All I told them was that life here was devoid of pace and that is exactly what I wanted to capture.”

Paskaljevic is now understandably keen to take “Dev Bhoomi” to India but he is unclear at the moment exactly how the distribution strategy will pan out. “The film could definitely do with a run in the multiplexes,” he says.