In order to curb leopard attacks in villages in hilly areas, Chief minister Harish Rawat on Friday directed officials of the forest department to explore the option of breeding foxes and jackals.

CM Rawat, in a meeting with the forest department officials at Beejpaur house said that the major challenge of man-animal conflict in the state needs to be brought down by using other innovative options, says a report.

The CM suggested that foxes and jackals are known to howl in the presence of leopards and thus they would act as an ‘alarm’ system to alert humans of the presence of a big cat nearby.

Former principal chief conservator of forests, Sri Kant Chandola welcomed Rawat’s idea and said that experts can be asked to give their suggestions on the implementation of it.

Rawat also suggested that villagers can keep dogs as pets, who act as warning system in case of a leopard is lurking nearby. He asked forest department officials to get rid of dense growth of bushes near houses in villages as they provide spots for leopards to ambush humans and livestock.

Meanwhile, an expert suggested that it the idea was not practical as foxes and jackals do not always howl on spotting a leopard. The forest department should instead focus on newer technologies of alarm system to inform people when a leopard is sighted. 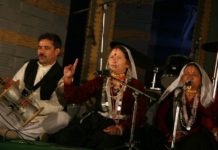 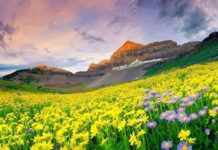