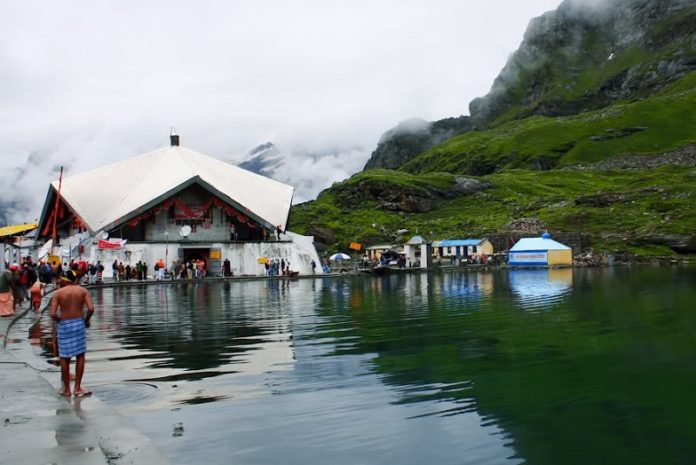 Gurudwara Shri Hemkund Sahib is a most sacred pilgrimage site for Sikhs in Chamoli district, Uttarakhand, India which is visited by large numbers of pilgrims every summer from all over the world. This divine place lies in the higher Himalayas at an elevation of 4632 Meters (more than 15,210 feet) with a setting of a glacial lake surrounded by seven mountain peaks and each peak is adorned by a Nishan Sahib on its cliff.  It is situated nearly 29 kms from Joshimath via Govindghat, is set in one of the famous beauty spots of the central Himalayas and has a lake of crystal clear water located in beautiful surrounding. The glaciers from Hathi Parvat and Sapt shring peaks feed the lake and a small stream called Himganga flows out of the lakes.

Shri Hemkund Sahib is famous for the Sikh Worship Place, known as Shri Hemkunt Sahib Ji, devoted to the tenth and penultimate guru of the Sikhs Shri Guru Gobind Singh Ji. It’s the only Gurudwara in the world to have a pentagonal structure in its design. A very distinct feature considering the prominence of domes in all the Gurudwaras, Shri Hemkunt Sahib is a place of almost unbelievable beauty and peace. Seven peaks – known as the Sapt Sring – surround the shrine, looming over lush green pastures. The lake’s rocky shores are covered with snow through most of the year, but when the snows melt, the almost mythical yellow-green flower known as the Brahma Kamal, the “Lotus of the Gods“, blooms amidst the rocks. It’s a place of a rather wild and untamed beauty- and one of Sikhism’s most important shrines.

Hemkunt is a Sanskrit name derived from Hem (“Snow”) and Kund (“bowl”). Dasam Granth says this is the place where Pandu Raja practiced Yoga. In addition, the Dasam Granth says God ordered Sikh Guru Gobind Singh to take birth while he was in deep meditation at the mount of Hemkunt.

Sri Hemkunt Sahib is mentioned in the life history of Guru Gobind Singh Ji who meditated at Hemkunt Sahib for years, finally leaving his earthly form and uniting with the Almighty. In spite of this, the place remained unknown and undiscovered for more than 2 centuries.

Bhai Santokh Singh Ji was a Sikh poet and historian who used imagination and descriptions in the relics to identify this place. This helped reach the correct spot in finding.

Achitira Natak is an autobiographical account of incarnated life of Shri Guru Gobind Singh Ji as a powerful youth who was called into existence during Sat Yug, the ‘age of truth’ (the first of four ages according to Hindu mythology) to do battle with fierce demons that terrorized mortals and gods including Hindu deities and gods. When they had been destroyed, the youth, known as Dusht Daman, the ‘destroyer of evil‘, was instructed to go to Hemkunt Sapat sring to meditate until he was called upon by God. Guru Gobind Singh’s own account in Bachitra Natak completes this story. After realizing his oneness with God through meditation and austere discipline, he was reborn in Kal Yug, the ‘age of darkness‘, as the son of the ninth Guru and his wife. Later, after his father’s martyrdom, he became the tenth and final living Guru of the Sikhs.

It is also believed that Lakshman, the younger brother of Ram, meditated by the lake and regained his health after being severely wounded by Meghnath, son of the demon Ravana, during battle. 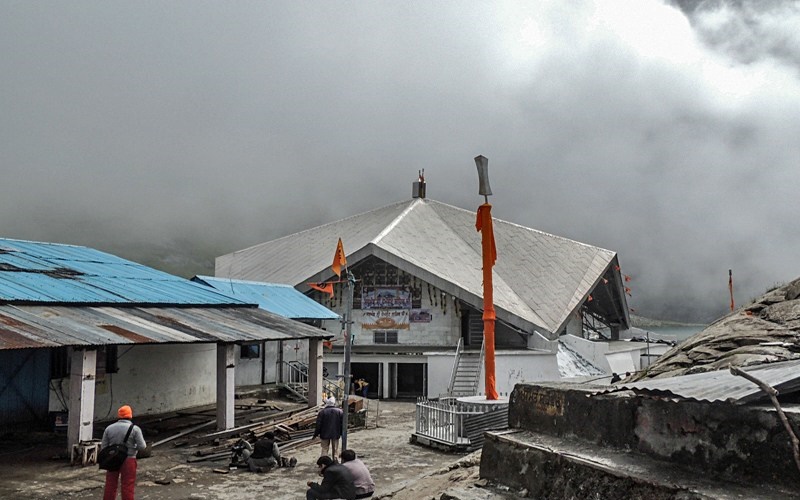 Hemkund is inaccessible from October through April because of snow bound paths and glaciers. Sikh pilgrims arrive in May and set to work to repair the damage to the path over the winter, which tradition is called kar seva (“work service”), a concept which forms an important tenet of the Sikh faith. 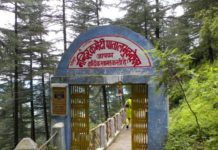 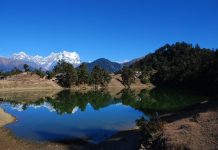 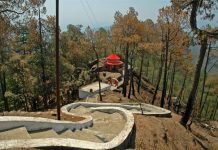 Kasar Devi Mandir a hidden jewel in the crown of Uttarakhand