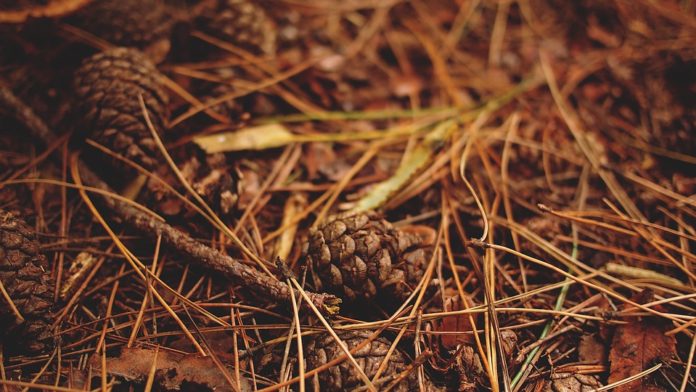 Soon through a project of Avani Bio Energy, Pine Needles will soon help light up homes and lives across the state. A two 10 megawatt (MW) pine needles gasifier plants have been set up at Tripura Devi and Simalta villages in Pithoragarh district. The plants have been connected with the grid of state electricity company of UPCL. The plants have been tested and, by end of October, will start sending electric power to UPCL grids.

“Everything has already been tested by UPCL engineers and by next week we will start commissioning power to UPCL from our plants,” said Rajnish Jain, the founder of Avani Bio Energy, an NGO.

Avani developed a pilot 9 kilowatt hour (KWH) pine needle power station in the NGO’s campus at Berinag in Pithoragarh way back in 2009. It employs local women to collect pine needles in large quantities. For every kilogram of pine needles collected, the villagers receive Rs 2. The gathered needles are then chopped to increase their density and fed into a gasifier plant.

The plant burns these needles under controlled conditions, at high temperature and limited oxygen supply. The result is a charred biomass that is further segregated into carbon monoxide, hydrogen and methane gases, a combination known as producer gas. The gas is then cleaned and cooled and used to operate a generator that produces electricity. The solid residual charcoal left behind after separation of the producer gas is used to address household needs. For every KWH of electricity, about 1.5 kg of pine needles are needed, which also produce 150 gm of charcoal, which is used for household cooking.

The company has entered into an agreement with the state government to sell electricity produced from pine needle gasifier at the cost of Rs 4.76 per unit. “We are soon looking to increase our rates to Rs 7.20 per unit, because this is clean bio-energy,” added Jain.

The company earlier also tied up with UPCL for selling electricity from a 120 MW gasifier plant two years back. “However, we couldn’t collect enough pine needles to run the plant. The women were enterprising and collected pine needles from the forest floor from April to May. But that is the time of cropping season, so women remain busy in farms, while men don’t like to collect pine needles. It is a cultural issue. Men feel it’s a woman’s job to collect fodder, fuel and water. This still remains a challenge to the company,” said Jain.

Avani is looking to promote the project as a micro-enterprise for young people to develop plants and sell clean energy to UPCL. Jain claimed this is the first time in the world that biological waste such as pine needles are being converted into electricity. “This entire technology is new. We have applied for a patent of the technology and it is pending,” said Jain.
Leave something in response: