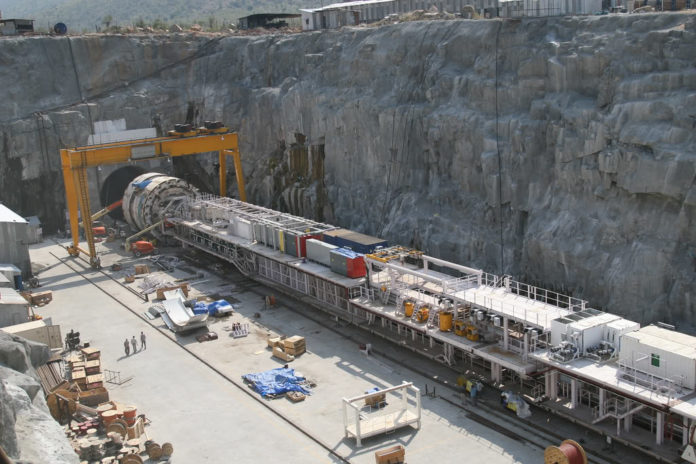 The work on 125-km long Rishikesh-Karnprayag railway line which will make Char Dham Yatra more accessible for the pilgrims, gathered momentum as the state administration has initiated the process for land acquisition.

Chief secretary Shatrughana Singh  held a meeting with top central and state officials to begin the process of acquiring the land for the ambitious railway project. The railway line will have 15 stations on way to picturesque Karnprayag in Chamoli district from Rishikesh.

“As the track will pass through sizable part of the hilly region, close to the Ganga and Alaknanda rivers, I have asked to have Social Impact Assessment (SIA) in Tehri, Pauri, Rudraprayag and Chamoli districts. It will help ensure how acquisition of land will impact local’s life and livelihood,” the chief secretary said.

Senior officials, who participated in the meeting chaired by the chief secretary, said that they have been asked to submit findings of the assessment by June 10. They said that the project will not only help in boosting tourism but also provide jobs to the people.

The cost of the railway project will be Rs 16,200 crore, up from around Rs 4,000 crore estimated when it was mooted six years ago. The rise in cost has been attributed to the forest ministry’s delay in giving environment clearance to Rail Vikas Nigam Limited (RVNL) for acquisition of land in high-altitude areas.

Besides inflation, the cost escalation is due to inclusion of a separate rescue tunnel that will be constructed parallel to the main rail line, RVNL officials said.

“Escape tunnels for relief or rescue was included following a guideline issued by the Indian railways in 2013,” RVNL joint general manager for the project, Sumit Jain said, adding that work is set to begin in 4-5 months. 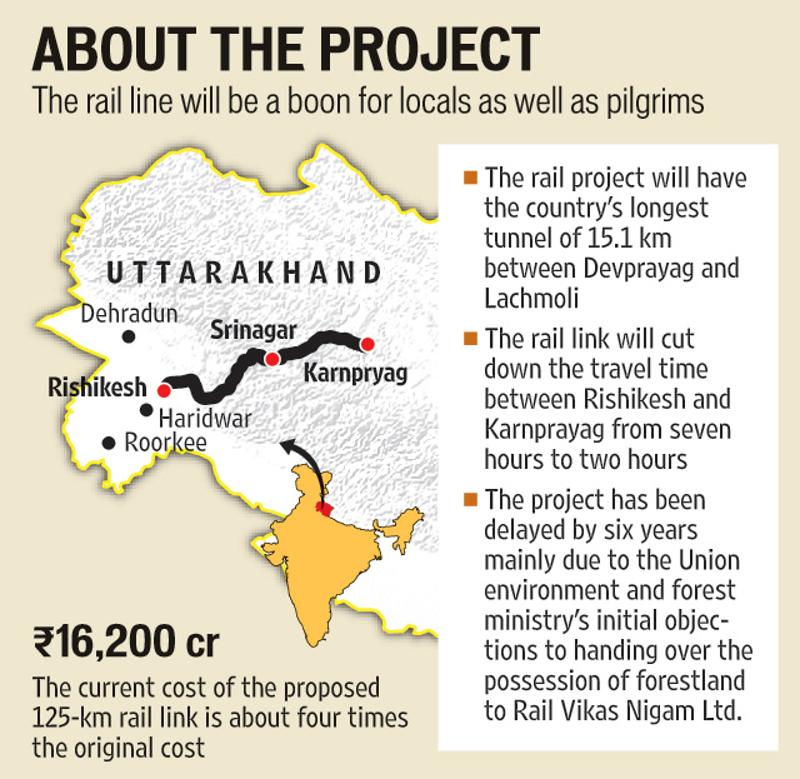 According to sources, the forest ministry’s office in Dehradun did not give the clearance as it was not convinced that the rail track alignment plan was linear which was mandatory considering the unstable and fragile nature of Himalayas.

However, it was forced to give the clearance after Union ministry in Delhi wrote a letter to it on September 16, stating that the project is linear.

The line will have 105 km or 85% of the project inside tunnels. A 15.1-km tunnel, longest in the country, is set to come up between Devprayag and Lachmoli on the route. The project will also include 16 bridges with the longest of them being 460m.

India’s longest tunnel is the 11.2 kilometre link from Banihal to Quazikund linking the Jammu region to the Kashmir valley.

As per RVNL and state tourism department officials, it will reduce the time taken between Rishikesh and Karnprayag— which bifurcates road for Badrinath and Kedarnath—to a maximum of 2 hours from the present over seven. “Besides this, there will be huge cut in travel cost for pilgrims,” Jain said.

Officials said it would also speed up the transportation of defence personnel and equipment to border areas.

“This project will also support the state’s efforts in stopping migration and open the gateway for penetrating railway lines further into the hills,” former minister of state for railways, Satpal Maharaj, during whose tenure the rail link was first mooted, said.