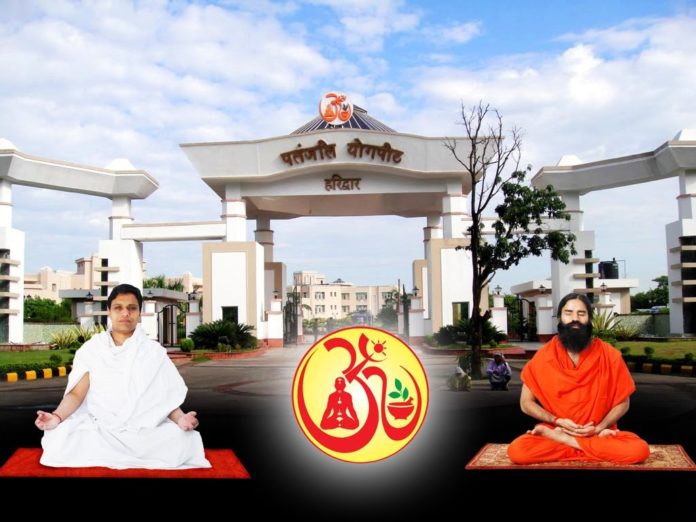 Baba Ramdev – Patanjali Yogpeeth & Divya Pharmacy Charged Rs 12 Crore as annual fee for using the natural resources of the state for their products Under the Biodiversity Act by Uttarakhand Biodiversity Board.

Industries using natural resources for a commercial venture have to either give 5% of the cost of the resources or 0.1 to 0.5% as per the slab of their turnover to the Board annually. The officials says that the Biodiversity Board will bring around 3,000 industries using natural resources under its purview as part of Access and Benefit Sharing (ABS) clause of the Act., according to officials.

We have issued notices to some 600 so far to share their benefits with the board under ABS section of the Act. Dabar India will also share Rs 16 lakh annually from this month. However since the companies never shared their benefits earlier, so they are not forthcoming in doing so now. The giants come up with seasoned high court and Supreme Court lawyers who argue for minimising the cost under ABS,” the newspaper quoted Board Chairman, Rakesh Shah as saying.

The finances generated from ABS are passed on by the Board to biodiversity management committees (BMC) formed by local bodi es at the village level for the conservation and management of biological resources.

The Board has to form 8,000 BMCs across the state, out of which on ly 850 have been cons tituted so far.

According to Dhananjay Prasad, deputy director of the Board, though the Act came into being in 2002, the guidelines were issued only in 2014.

Acharya Balkrishna of Patanjali Trust said, “The provisions of the Biodiversity Act are still not clear to us. However, being law-abiding citizens of the country , we will share our due under ABS with the State Biodiversity Board. We are still to arrive at a final decision on the matter.”

The money generated by ABS from industries are passed on to Biodiversity Management Committees (BMC) formed by local bodies to conserve and manage natural resources.