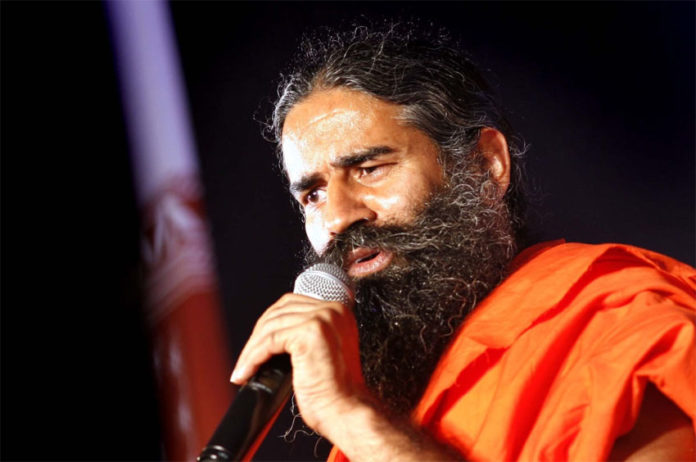 Baba Ramdev to launch ‘Desi’ Jeans under apparel brand ‘Paridhaan‘ who has no shares in the business he runs, said: “The idea (of the apparel brand) started with some followers asking me for Patanjali yoga wear. Then we thought ‘why not a whole range of dresses – Paridhaan – for everyone’ ? If we are fighting to bring economic independence for our country from multinationals by promoting indigenous and natural products, we should also be in the garments market.”

“We will make men’s and women’s wear, not just traditional Indian clothing but also modern wear like jeans for example in Paridhaan. Just because I am a baba does not mean we cannot marry modernity with spirituality, we can make, let’s say desi jeans,” said Ramdev, with a twinkle in his eyes.

But, Ramdev added, the chain of factories would concentrate on medicines, toiletries and food products. “We need to ensure perfect quality for these as they impact people’s health. However, other products like clothing, which we will design and brand, can be outsourced. There are many good manufactures in Ludhiana and other textile centres for that work.”

Ramdev, who runs the enterprise with his friend Acharya Balkrishna from a sprawling campus on the outskirts of the pilgrim town of Haridwar, said: “We have plans to set up a composite factory in Bangladesh which will make the whole range of our (Patanjali) products for that country.

“We have already entered the Nepal market. After Bangladesh, we aim to enter Africa. We will first grow in developing countries where the market conditions are similar to ours. After that in stage II, we will take the battle against multinationals into the developed markets of Europe and the US, where there is a growing demand for natural products, as against the chemical stuff that these MNCs sell.”

Ramdev, whose Patanjali brand had more than 800 products ranging from herbal toothpastes to noodles to health drinks, became a household name in several parts of the country through yoga shows on his 24-hour television channel, Aastha.

After a brief association with an anti-corruption movement, Ramdev has settled down to develop his herbal medicines and toiletries business, expanding into fast-moving consumer goods.

A mix of prices lower than that of the rivals, a sales pitch based on “Ayurveda, natural and healthy products” and point-of-purchase advertising seems to have clicked with the masses.

His toothpaste brand, Dant Kanthi, has snapped up a 5 per cent share of the market, eating into the share of a multinational.

A controversy over additives to Nestle’s popular Maggi brand of noodles last year, which led to its temporary withdrawal from the market, saw Ramdev picking on the opportunity to launch his own brand of “healthy noodles”.

Last year, Patanjali reported a turnover of Rs 5,000 crore. Ramdev, who lives in a secluded, high-walled compound on the Patanjali campus, said the turnover was expected to touch Rs 10,000 crore by the end of the current financial year.

Market research firm IIFL said in a report that Patanjali was poised to grow to be a threat to existing market leaders in most categories it has entered.

“Our analysis suggests that by 2020, Patanjali will have high market shares in categories such as honey (35 per cent), Ayurvedic medicine (35 per cent) and ghee (33 per cent),” the research firm’s report predicted.