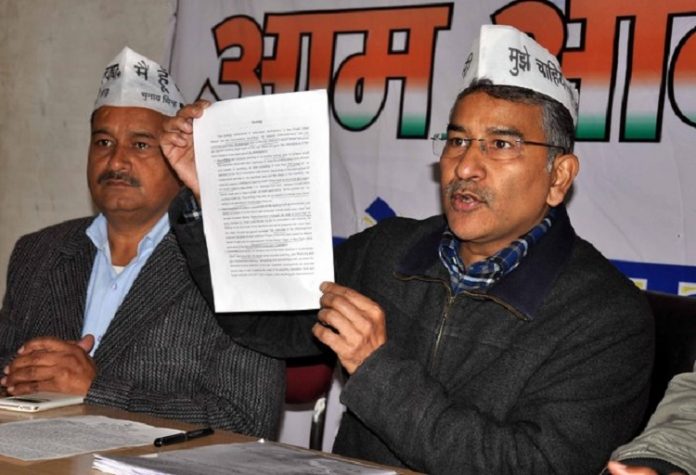 In a letter to Health Minister J P Nadda, Nautiyal said the government healthcare infrastructure of the state has collapsed. He said many hospitals do not have dengue kits despite a spike in the number of dengue patients.

Former APP leader Anoop Nautiyal opposes upgrading Doon hospital as medical college
“Medicines are unavailable on a regular basis. Four persons recently lost their eyesight due to infection in the OT theatre. There was water shortage for a long time.
“Machines are broken and not repaired since Annual Maintenance Contracts (AMCs) have not been renewed. There have been reports that Thalassemia patients are not getting admitted in the state’s hospitals due to lack of beds, medicines and clean water. Stocks of hemophilia injections are also over,” he alleged.

Patients are not getting admitted in the Doon Hospital as its upgradation to a medical college was done hurriedly and without providing corresponding infrastructure. The construction of new blocks at the hospital has led to reduction in the number of beds, Nautiyal said, adding health facility in the hills is worse than Dehradun or other cities in plain areas.

Disputing the MCI’s approval to convert the Doon Hospital into a medical college whose inauguration is due tomorrow, the former AAP leader who unsuccessfully contested the last Lok Sabha polls from Tehri, said there was no district hospital in Dehradun and the poor and the needy were suffering the most.

“This is a health care catastrophe affecting thousands of disadvantaged and needy people,” Nautiyal said.

“Since Doon Hospital has become Doon Medical College, where is the district hospital? Coronation Hospital and Premnagar Hospital in Dehradun have only 60 and 40 beds respectively,” he said.

“I am aware that health is a state subject but the intervention of Central authorities and MCI is critical at this juncture,” Nautiyal added.