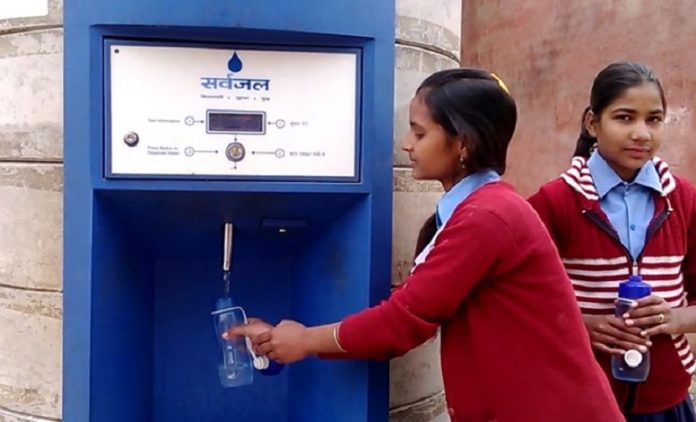 The Jal Sansthan office & The Goverment of Uttarakhand has recently taken a decision to install 200 Water ATMs in Uttarakhand State to provide cheap and clean potable water to residents across the state. Residents can procure potable water at a cost of Rs 1 (One) Per Litre from the water ATM.

The Jal Sansthan office will install water ATMs on the directions of Chief Minister Harish Rawat at different cities of the state. It may be recalled that a water ATM has been already installed at the Haridwar railway station. Taking cue from this, the Congress-led state government will install water ATMs at different public places to provide cheap and clean potable water to residents across the state. The state government will run water ATMs on the Public Private Partnership (PPP) mode.

The government will provide land to a private company while the maintenance of machines will be done by the company. Sources confirmed that special focus would be laid down by the department to provide clean potable water to residents at cheap prices.