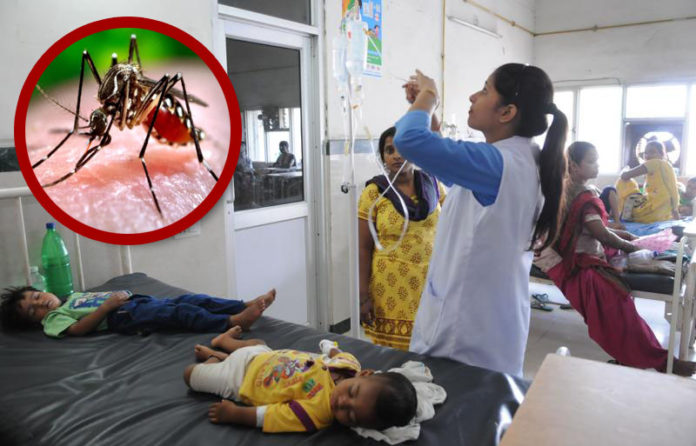 The number to dengue cases in Uttarakhand soared to 962 on Friday with Dehradun registering 844 cases Figures in Haldwani, Nainital and Haridwar remained constant with 59, 30 and 33 cases, respectively. The panic-stricken residents thronged to the Doon hospital on Friday to get themselves tested.

As a result, the confirmatory dengue test came to halt after the laboratory staff ran out of kits. “We hope that the kits will be available by evening and the test will restart. We have been directed to work extra hours to ensure that ELISA test is conducted for all the patients and they don’t have to face any inconvenience,” a lab technician said.

Not just the common man but dengue virus has taken four doctors of Doon hospital’s women wing in its grip leading to mounted operation pressure on remaining doctors and delay in normal surgeries. Among four doctors one is the pathologist of hospital and the remaining three are operating hands of hospital. Not only doctors but nurses and helpers are also struck by the virus eventually reducing the staff strength in the women wing. 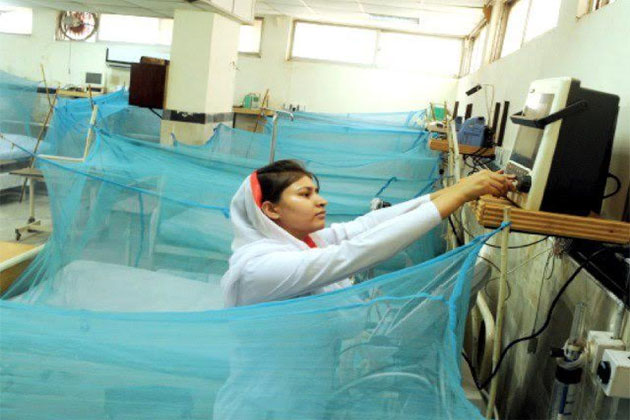 SDM Sadar Swati Bhadouria, who spearheaded the surprise raid, Conducted a team of local administration and chief medical officer on Friday to curb fraudulent laboratories for overcharging patients for dengue tests. SDM said that around ten to twelve labs were raided and files of those flouting norms were sent to the district magistrate. “The DM will decide the fate of these labs,” she said. Bhadouria said that many labs neither had a doctor nor any authorized documents to run laboratories, yet they were running it next to the Doon hospital. During the raid, many pathology operators got into a heated argument with officials and hindered their work.

On the other hand the Doon hospital’s male unit is yet again worried that out of its 22 staff lab technicians only 14 are left as two of them are struck by dengue and six are called back by the college administration as the session will commence from tomorrow, leaving pathology facilities in limbo. The staff has declared that they will do sample collection from 8 to 12:30 noon only which was increased by an hour by the CMS of hospital when additional staff was given by college. Meanwhile, Doon male hospital has also one doctor who is struck by dengue as per hospital administration.

Meanwhile, dengue and monsoon viral continues to take more people in its grip and mount pressure on the pathology labs thereby, hospital.