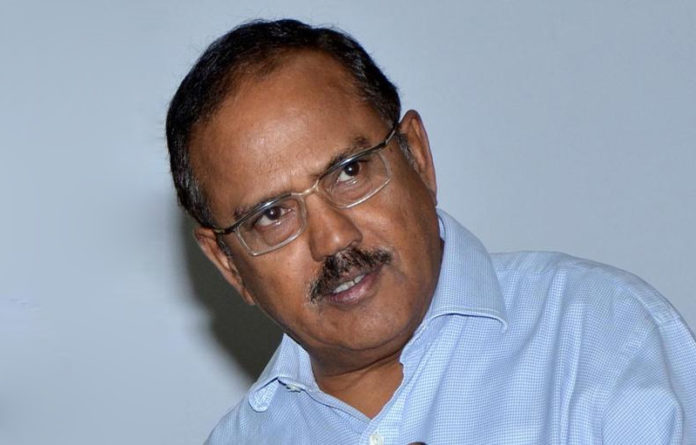 The Indian Army’s latest surgical strikes across the LOC (Line of Control) in Pakistan on Sep 28, 2016, Night marked a shift from the policy of ‘strategic prudence’. And it seems that the present government is more proactive and vocal about defending our borders than the previous government. This aggressive daring approach is the intrigue of none other than the India’s National Security Adviser Mr. Ajit Doval, Who is India’s best spymaster ever with his tactful ideas and strategies, He is the mastermind behind the surgical attacks, execution of every spy operation and he is also the man behind the counter attack of URI this September.

IPS (Retired), Awarded Police Medal, President Police Medal, Kirti Chakra (Born 20 January 1945) is a former Indian intelligence and law enforcement officer, who, since 30 May 2014, is the 5th and current National Security Adviser to the Prime Minister of India, Mr. Narendra Modi. He had previously served as the Director of the Intelligence Bureau in 2004–05, after spending a decade as the head of its operations wing.

Ajit Doval was born in a Garhwali Brahmin Family in the village of Ghiri Banelsyun in Pauri, Garhwal in Uttarakhand. Doval’s father had served in the Indian Army.

He received his early education at the Ajmer Military School (formerly King George’s Royal Indian Military School) in Ajmer, Rajasthan. He graduated with a master’s degree in Economics from the University of Agra in 1967, obtaining the first position.

“In 1973, when I was posted in the North East, I attended the ‘Shaurya Divas’ event held by CRPF there. That event and the story of courage recounted had left an indelible mark on me and I was so impressed by it that I named my son as ‘Shaurya’ who was born 10-15 days after that,” Said Ajit Doval.

A 1968-batch Indian Police Service officer of Kerala Cadre, Doval barely spent any time in the state before heading into the Intelligence Bureau (IB). He was actively involved in anti-insurgency operations in Mizoram and Punjab. Doval was one of three negotiators who negotiated the release of passengers from IC-814 in Kandahar in 1999. Uniquely, Doval has the experience of being involved in the termination of all 15 hijackings of Indian Airlines aircraft from 1971–1999.

In the Headquarters, he headed IB’s operations wing for over a decade and was founder Chairman of the Multi Agency Centre (MAC) to help put all the agencies on one table to share real-time information. He also created the Joint Task Force on Intelligence (JTFI) that would concentrate on counter-terrorism.

“I had seven military commanders under me. When Doval left, he took six of them with him and I had no choice but to come on board and negotiate a peace accord,” Laldenga told his interviewers.

“Doval never hesitated to take risks and this has always stood him in good stead and made him such an outstanding intelligence officer,”

Ajit Doval retired in January 2005 as Director, Intelligence Bureau. In December 2009, he was the founder Director of the Vivekananda International Foundation, a think tank set up by the Vivekananda Kendra, a Spiritually Oriented Organisation.

Doval has remained actively involved in the discourse on national security in India. Besides writing editorial pieces for several leading newspapers and journals, he has delivered lectures on India’s security challenges and foreign policy objectives at several renowned government and non-governmental institutions, security think-tanks in India and abroad.

Doval has also spoken internationally at global events, citing the ever increasing need of cooperation between the major established and emerging powers of the world.

On 30 May 2014, Doval was appointed as India’s fifth National Security Adviser. His appointment will be co-terminus with the term of the Prime Minister or till further orders, whichever is earlier, the order said.

Suddenly Mr. Doval had met Mr. Modi at Gujarat Bhavan and gave him a brief on security challenges facing the country.

“Doval had bluntly told the BSF brass that they were free to “fire at will” on Pakistan Rangers and systematically destroy their infrastructure until ceasefire violations from the other side stopped. “For one bullet fired by them, you respond with two.”

On September 28, 2016: An elite group of Indian Army conducted pre-dawn surgical strikes across Line of Control, killing 35-40 terrorists in Pakistan occupied kashmir, Ajit Doval spent his night at the “War Room” located at South Block that houses The Ministry of Defense. The entire operation was closely monitored by Ajit Doval, Defense Minister, Mr. Manohar Parrikar and The Chief of Army Staff General, Mr. Dalbir Singh Suhag. It is believed that the aggressive approach has been adopted by India for the first time since 1971 against Pakistan.

According to a report, on September 28 night at around 11:00 pm (The trio – Ajit Doval, Manohar Parrikar and General Dalbir Singh) – arrived separately at the war room and stayed till the operation was over and para-commandos reached their base safely. A sources described the atmosphere in the war room and compared it with the night when Osama Bin Laden was killed by US Special Forces and US security officials including President Barack Obama were closely monitoring the situation.

“India has a mindset that, where it hits, it punches below its weight,” Doval said at an August 2015 lecture. “We have to increase our weight and punch proportionately.” 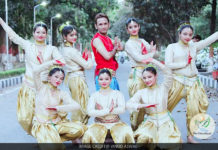