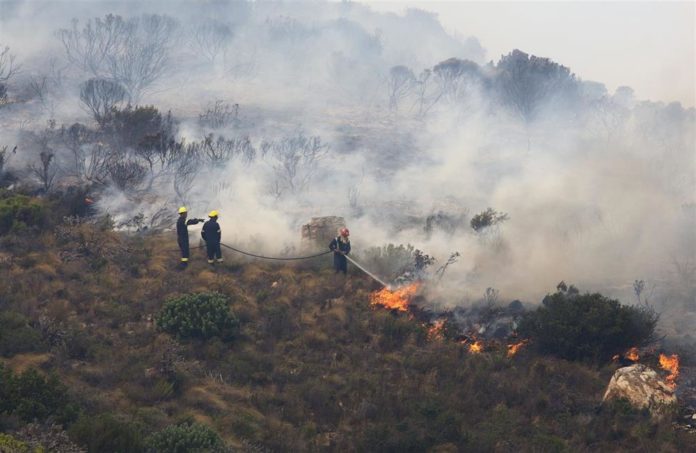 FRI, Dehradun, started a training for Forest Department Officers and Eco-Task Force, ITBP, CSIF and BSF on Forest Fire Disaster Risk Mitigation. The five-day training programme in which paramilitary personnel have been included for the first time is being held by Forest Research Institute, Dehradun in collaboration of the National Institute of Disaster Management (NIDM), New Delhi. The training was inaugurated by Dr Savita, Director, FRI. She advised participants to learn new methods and technologies developed by various institutions like GIS and GPS techniques for prevention and control of forest fires.

Uttarakhand had witnessed rampant forest fires this year which had burnt thousands of acres of forest cover in the hills and along with forest officials, NDRF forces were also deployed to contain the spread. The training is attended first time by the Commandants and Deputy Commandants of paramilitary forces including forest officers from various forest departments throughout India.

The normal fire season in India is from the month of mid March to mid June. Uttarakhand witnessed the most severe forest fires in the recent time during April and May of this year. According to the report of Uttarakhand Forest Department, 2060 fire incidents were reported up to May 31, which affected 4412.45 hectares of forest area wherein 70 per cent of the chir forest was affected by forest fires. The Forest Department of Uttarakhand revealed that Garhwal region (1945.58 hectare) is more prone than Kumaon (1699.72 hectare) leading to huge losses. The basic purpose of the training is to sensitize officers of the Forest Departments and paramilitary forces and to make them aware of the extent damage caused by forest fires.

The reasons for occurrence of forest fire, the steps that can be taken to prevent or minimize the losses due to fire by use of various Remote Sensing and Geographic Information System tools and by developing a strong network between other departments of the government and joint forest management communities (JFMCs) so that massive forest fire disasters could be controlled as it already happened in Australia, Peru, the USA and Europe in the last few years.