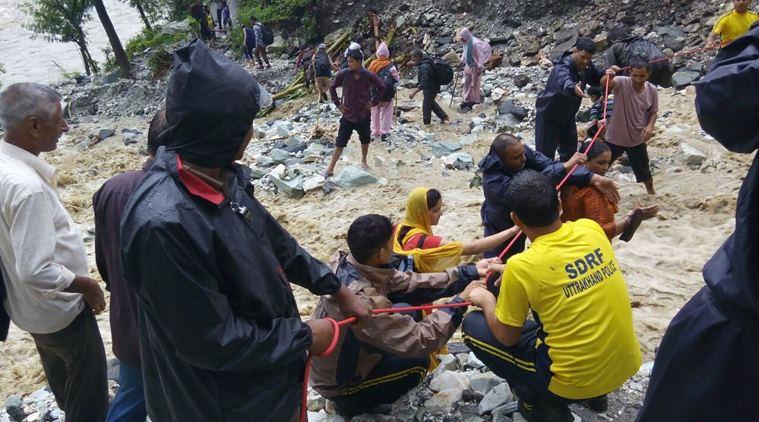 Two more bodies were recovered from the debris in cloudburst-hit village of Bastadi in Pithoragarh district, raising the toll in rain-related incidents in the state to 20 while searches were on for 12 people who are still missing, by the Army, para-military and police personnel.

According to the Disaster Mitigation Centre, two more bodies were recovered in Bastadi village of Pithoragarh district taking the toll caused by the cloudburst in the wee hours of Friday to 17.

The number of recovered bodies swept away by flash floods in Chamoli continues to be 3 and the total fatalities from both districts located far apart from each other currently is 20.

Light intermittent rains continue in affected areas of Pithoragarh district but there is no interruption in rescue operations which are likely to continue for some more time, Additional Secretary, Disaster Management, CRavishankar said.

He said the decision to stop rescue operations will be taken by the district authorities who are monitoring the situation on the spot.

Water, electricity supply and communication system is badly disrupted in Bastadi, Nauleda, Rigolia, Nachani and Charma villages of Pithoragarh district and efforts are underway to restore them at the earliest, the official said.

Four houses have been fully damaged in Pithoragarh district and 12 were damaged partially.

Meanwhile, Rishikesh-Badrinath highway blocked by rubble falling from hillsides has still not been opened.

The road to Kedarnath has also been blocked between Sonprayag and Gaurikund.

Work is also underway to open 33 rural motor roads in Chamoli district. GREF and PWD personnel are busy restoring the roads with the help of JCBs.

160 families have been affected by rain related incidents who have been kept in makeshift relief camps built in government school and panchayat buildings in Basatadi and Nauleda villages, Ravishankar said.