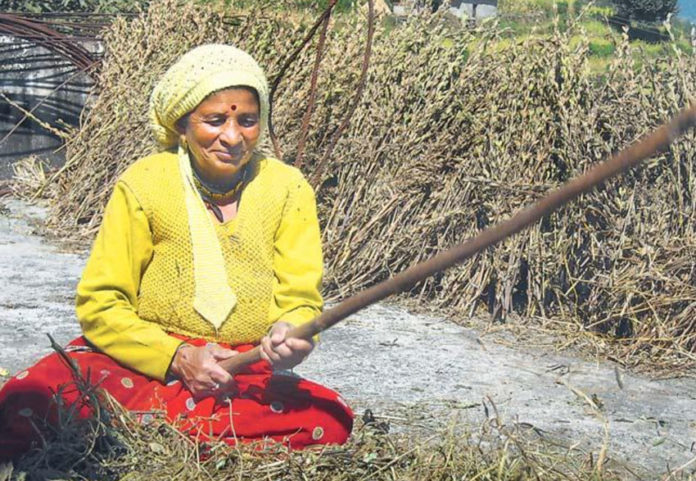 Today we’ll let you know about the lady “Kalawati Devi Rawat” who hails from a poor family in Bacher Village, Chamoli, Uttarakhand, She dare take on the dangerous timber mafia and also she’s among-st those who make life better for those who lives around them. In the early 1980s, Kalawati was barely 17 had just been married and was finding it difficult to live after dark. The village had no electricity and she found life tough once it got dark in the hills.

Then, she led a group of women from the village to demand that their village be electrified and spoke to the government officials in district headquarters in Gopeshwar about the concern. The officials promised them that electricity would soon be made available to the village but like always the government departments now a days didn’t fulfill their promise and the authorities were unmoved.

After some time while trekking back to the village, the women came across some electricity poles by the foothills, apparently to be used to provide light for an Official Government Programme. Mrs Kalawati Rawat persuaded the women to carry the electricity poles and wires to their village, situated at a height of some 500 metres, on their shoulders. The officials were furious and threatened them to lodge a criminal case against the women of the village. But more and more women came forward, asking the police to send them to jail. Taken a back, the officials decided to connect the village to the power grid. 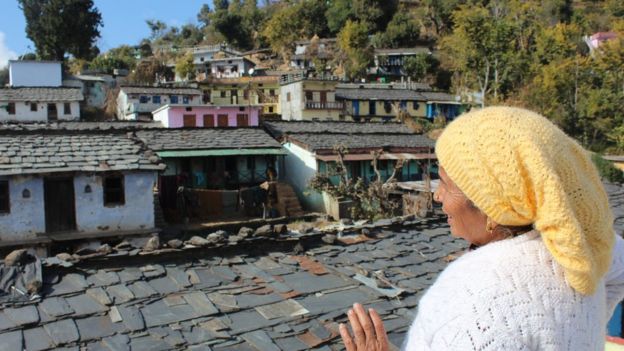 In a few days, the entire village was bathed in light; it had been connected to an electrical grid. “I had learnt my lessons: Never give up and keep pursuing things doggedly,” says Kalawati Devi animatedly.

She is a leader and like every other good leader, she didn’t rest on her first achievement. There was lot of deforestation near her village going-on and she decided to take it up with the government officials again., This time she has taken on the timber mafia in the nearby forests and also campaigned against alcoholism among the men in her village. To no one’s surprise, the timber mafia had already bribed the officials into keeping the issue under wraps.

“Many men in and around my husband’s village were alcoholics and they were being exploited by the timber mafia gangs that operated in the area”, says Kalawati Devi.

One morning, I went into the forest along with the other women to fetch cattle fodder when I saw that all the trees were marked with a chalk to be felled later. The foresters present there had marked rows and rows of dead trees for felling. They were around 1000 in number”, she adds.

“That’s the last thing we wanted”, recalls Mrs. Rawat, “For, in the absence of deadwood, we would be forced to cut green trees for fuel and our forests — the only source of sustenance for us-would be finished,” she adds.

“We felt that something needed to be done to save the trees and the Taantri Forest,” – because trees are the only source of sustenance for the hill villages, Told Mrs Kalawati Rawat.

Then, Mrs Rawat formed small groups of village women known as the “Mahila Mangal Dal” that patrolled the woods on foot to check the movement of the timber mafia. The groups also demolished local illicit breweries. She mobilized the women and drawing inspiration from the “chipko movement” of the 1970s – the green movement where protesters hugged trees in the hills of Uttarakhand to stop them from being cut – they clung to the trees to prevent them from being felled.”

The foresters were, therefore, repeatedly urged to not fell trees, but to no effect. There was a heated exchange of words between both sides. “The foresters tried all tricks to browbeat us”, recalls Kalavati Devi. “They tried to offer us a bribe and even threatened to kill us but we refused to be cowed down.” As the impasse continued, the village women decided to launch an agitation in favor of their demand. 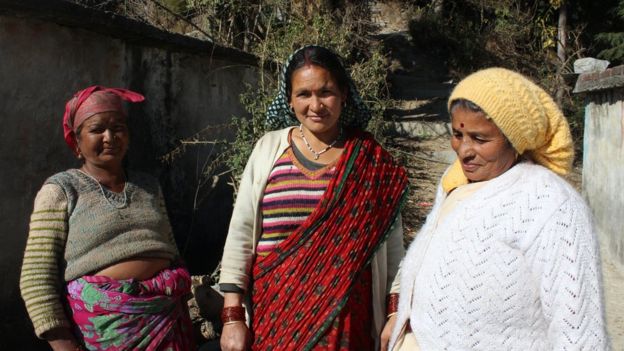 A 12-hour dharna later, the administration acquiesced. Trees won’t be felled in the Taantari forest, the district magistrate announced. A war had been won.

But a bigger problem persisted: the nexus between the forest mafia and the ‘alcoholics’ of Bacher. It continued to torment the women. “Kalawati Devi had a novel solution to that problem too”, recalls Chandi Prasad Bhatt. “She knew the only way to break this nexus was by controlling the village forest panchayat,”.

Kalavati Devi was, in fact, referring to the 73rd and 74th constitutional amendments enacted in the early nineties. The panchayat polls were soon announced. The long tormented women of Bacher contested and literally “Swept the village forest panchayat election“.

Since then, their hold over the local body has been intact. Now, armed with power, the women act tough with the alcoholics. “Earlier, the women confined themselves to breaking their crude distilleries. After their entry into the panchayats, they became tougher… and started hitting them with stinging nettle grass”, says Kalavati Devi who has been the president of the Mahila Mangal Dal, (An all-women group) of her village for the past three decades.

For her efforts, Mrs Rawat has won a number of awards over the years for preserving the trees and the forest, the women decided to contest elections to the male-dominated local panchayat (The Village Council). 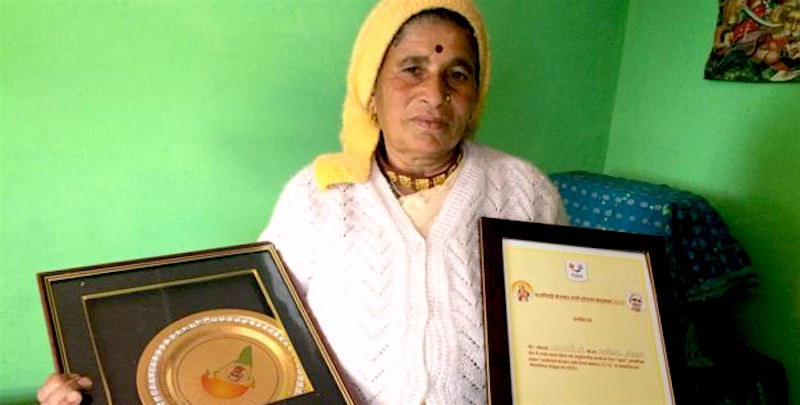 It was not long before women had a sizable representation in panchayats and Mrs Rawat’s struggle to empower rural women won her the Indian government’s Indira Priyadarshini Award in 1986. Over the years, she’s won other awards too.

“But this was not an easy task,” says Mrs Rawat. “We faced stiff resistance from the society as well as the administration. They wanted women to stay indoors and look after household chores. Even my husband opposed me. He asked me one day as to why I was doing all this. I tried to convince him that whatever we were doing was for the benefit of our own people.

“But he was not convinced. We had reached a point when we decided to even part ways,” she says. But for her, the biggest reward is the recognition she gets from her fellow villagers.

“Now we take decisions that are accepted by everyone,” says Radha Devi, a member of the village council.

“We’ve managed to get rid of alcoholism and many families have been saved. No one fells the trees now and people living in the forest have access to plenty of produce from the woods like spices and fruits.”

For a woman who’s had no formal education, Mrs Rawat has become a role model for many women in her village and over the years, she has also won respect from men. “Today we are benefiting from the forest produce. It has also become a major source of income for many living on the hills,” “Had it not been for her efforts, the society here would have disintegrated with forests depleted and men falling prey to alcohol,” says Dev Singh (Local from Bacher Village). 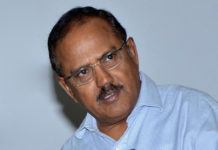